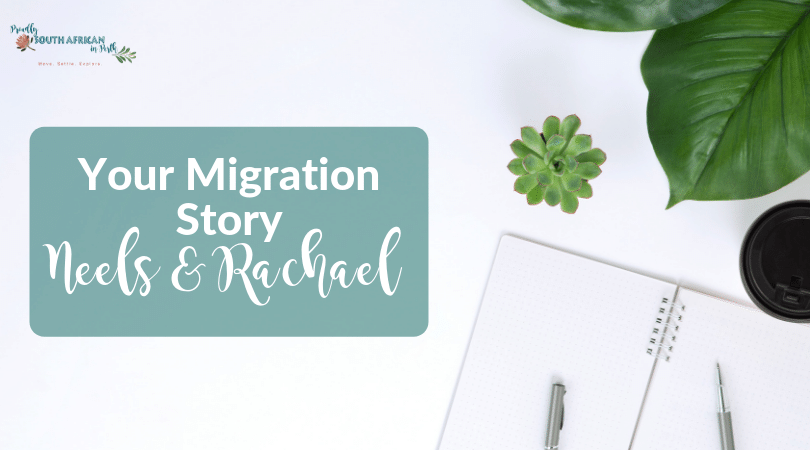 Everyone experiences migration differently. That’s why I’m starting a new series that features stories from you – my readers.

My name is Cornelis Jacobus Potgieter… born and raised in the busy city of Johannesburg. At the age of 19 I left South Africa to join a non-profit organisation as a missionary. I studied there to be a teacher in Zambia and taught Agriculture in a small village school for 2 years. I met Rachael (an Australian… who later became my wife) at the same organisation. She is a nurse and ran the clinic on the mission station. I always said “I fell sick once… she looked after me…. And I was forever ‘sick’ (love sick) after that”. This is where my Australian journey began. 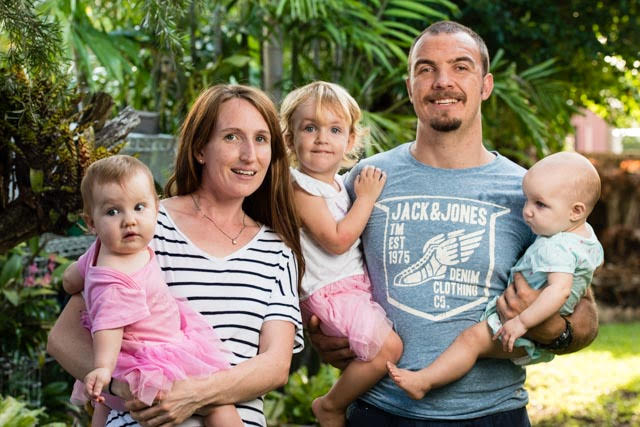 I visited Australia a few times with Rachael… but never imagined myself living there. Africa is in my blood and there was nothing so attractive about Australia compelling me to go there. Being a missionary for 7 years has really changed my life and the way I live. I do believe in God and often ask Him to direct my life or show me what decision to make. I was woken up one night on the mission station located in the deep bush of Africa with an urge to go to the prayer room. This particular room was full of flags and maps of countries the organisation was involved with. To spare all the detail… all I can say is that when I came out of that room I had a deep desire for the country of Australia… so deep it confused me. I wrote in my personal diary that morning the following: “I don’t know why Australia is so deeply impressed in my heart, it is either Rachael who will be my wife, or the country I will go to in the future.

Fast forwarding a bit… our love story came true and I travelled to Australia for the first time in 2013 where I asked Rachael’s father for her hand in marriage. To my surprise, I discovered he actually disliked South Africans and he said I should first finish my studies and then come back and ask him again. After a few years of study, I got the go- ahead and Rachael and I travelled again to Australia at the end of 2015 to be married in her hometown Mackay. I was 23 and she was 26.

As newlyweds we often had the conversation of the future of our family and where we might be… but both of us (Aussie and South African) were very happy and content to stay in the Zambian bush. On our journey back from Australia to Zambia on our honeymoon, we were surprised to find Rachael was pregnant. A honeymoon baby was definitely not in our plans. We had a few options of where to deliver our baby… either Zambia, South Africa or Australia… and it worked out well that the school I was teaching at was invited to attend a conference in Mackay, Australia at the same time the baby was due. So it was clear to us that we would go to Australia for the delivery. All went well and we delivered our beautiful baby girl; Aleah Joy! After her travel papers were ready the 3 of us continued to Zambia to continue our work there.

When Aleah was just one-year old I spoke to Rachael about our plans again of the future and mentioned my feelings of our time being over in Zambia. She was first of all not very supportive as both of us loved the community we lived in. However, I still had a sense we needed to go. After many tears and conversations, we both had peace to leave… but the question remained…. WHERE to? It was then I remembered my diary entry and felt a great peace realising it was not only my wife Rachael from Australia… but this is also the place we needed to go.

Being a missionary for 7 years, our cost of living was very low… to be exact, around $600 was enough for us per month. We did not have much but did not need much either. We had a ute/ bakkie, a fridge, washing machine, bed, and a few household items.

My Zambian diploma was not recognised in Australia, so the only option I had to enter Australia was through a spousal visa which cost $7000 plus $2000 for agent fees… equalling$9000 and the plane tickets $3000… so all up it was $12,000. We sold our ute/ bakkie… and used the savings we had… and then after paying the visa and tickets, had $100 left.

A week after we paid for this, my wife began feeling unwell… and we soon realised it was due to a common sickness called “morning sickness”. Yep… she was pregnant again (September 2017). We went for a scan… and if we hadn’t received enough surprises by now… we definitely did not expect 2 heartbeats on the ultrasound machine! Pregnant with twins!!!! This changed many things… and we started to doubt if we were making the right decision moving to Australia. We were bargaining on Rachael working in the beginning when we arrived in Australia as she is a Registered Nurse and could keep us going financially until I found a job… however, we realised that by the time we arrive in Australia she will be highly pregnant and may not be able to work. So back to the planning books… our last hope was to rely on Centrelink… (a government agency that helps support their citizens through financial aid) until I find a job.

So with our $100, we said our last goodbyes and off to Sydney we went. When we arrived in Sydney, we missed our connection flight and were put up in a hotel. Since we were not planning this extension of the trip, we did not have enough milk for our 1 year old… and she wouldn’t stop crying for it. I soon realised I cannot use the $100 we had as it was in my South African account, and that card… which I have used over the past 7 years in multiple places… now was failing to work. We felt stuck until I realised Rachael’s debit card can go into the minus… so we could buy our milk. 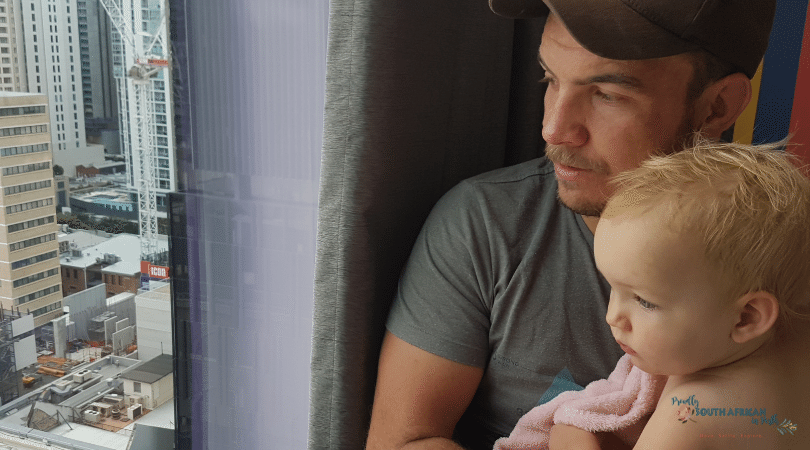 The following day we arrived in Mackay and settled into a unit at the back of Rachael’s parents’ house with our 3 suitcases, baby cot and $-3!!! So guess what we did the following day…. Straight off to Centrelink to apply for family assistance. We didn’t get very far in the application as I needed a tax file number. Centrelink asked me to contact the tax office which I did. They said their system shows I am on the wrong visa and I need to sort the issue out with immigration. Immigration said I am on the right Visa and should phone the tax office. Around and around I went … frustrated with no answers. No answers, no job and still -$3.

We were advised by friends to go speak to a government representative about our situation… so we made an appointment with them and as we walked in my wife spotted a painting in their office she painted in high school which was donated to their office. This did not give us any favour but was a nice connection point. They listened to our story and said they will look into the matter. A week later I received a phone call saying I need to go for my visa medical and then 2 days after that… my visa agent phoned me with the amazing news that my permanent visa was granted. I applied in December 2017 and received it less than 2 months later. We were so grateful as now I could legally work in the country.

While I was on the phone receiving this news, someone pulled into the driveway and I asked my wife to attend to him. When I finished my phone call, this man said he heard I was looking for a job… I said yes, and he said he had a casual job going for 3 weeks. The job was 15 km away and started at 6am… so my pushbike and I became good friends. 3 weeks turned into 3 months, and they offered me a permanent position which led to an apprenticeship. During this time we were given a car for free which made our travels so much easier. We were looking for a house to rent but found this difficult as I had no permanent work and we had no rental history. To make matters more urgent, Rachael was becoming very big and uncomfortable and time was getting shorter for the delivery of the twins. 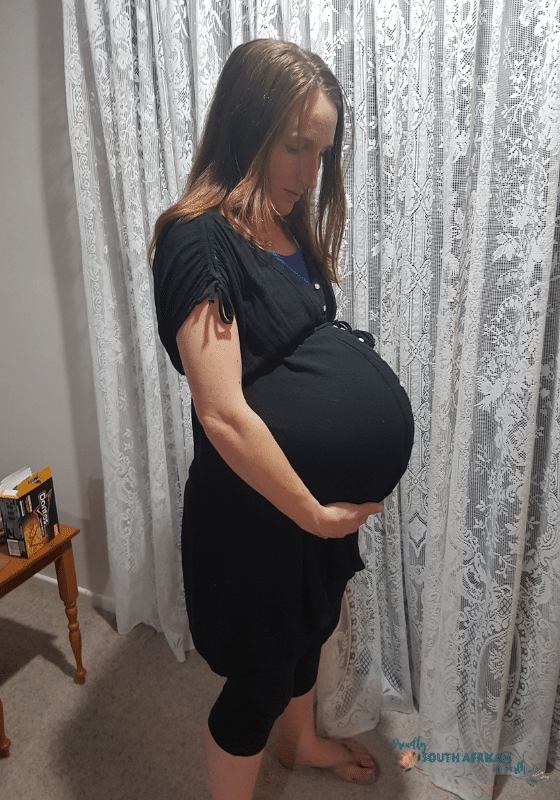 After working a few months, it was time for tax return and it worked out that since I didn’t have a tax file number for a few months, I was taxed very highly and therefore had a return of around $7000… enough to buy a second car and place a deposit for a rental which became available through a friend Rachael knew. We moved in 2 weeks before the birth of our twin girls…. Chloe Faith and Caylee Grace.

1 and a half years since arriving in Australia I still have the same one job, 2 cars, 3 daughters… making it 4 women in the house with me!!! If that is not enough proof that this journey was pretty crazy… I don’t know what is!

I am grateful to be here and for every door that opened in our favour and every opportunity we came across and that this country offered us. I do not know what the future holds but all I know is that I did not arrive where I am by my own strength or skill and by saying that it gives me a great drive to live this life knowing there’s a greater purpose.

A big thank you to Neels for sharing his migration story on the blog. 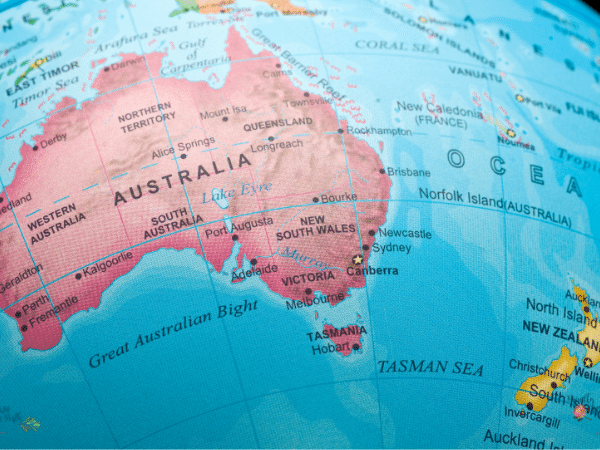 Should I Move To Australia Or New Zealand? 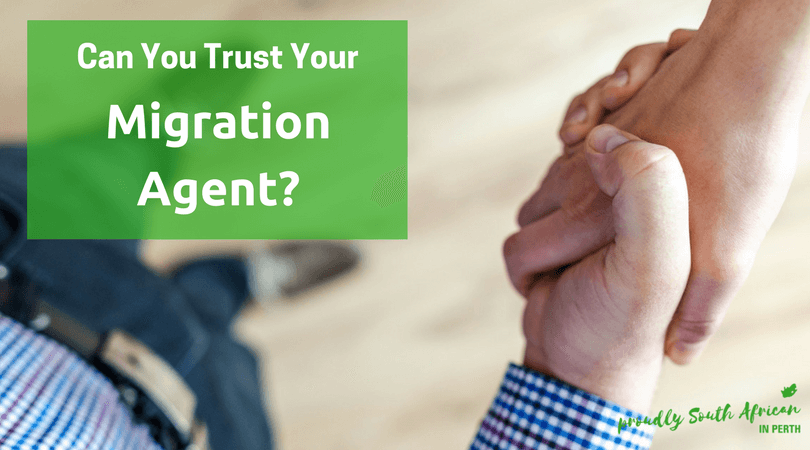 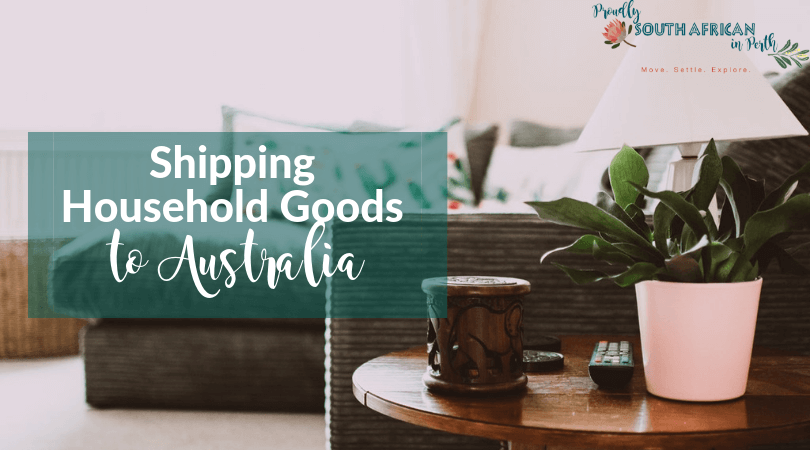 10 Things To Remember When Going Through Tough Times

50 Ways To Show Perth Off To Visitors