10 Things You May Notice When You Move To Perth 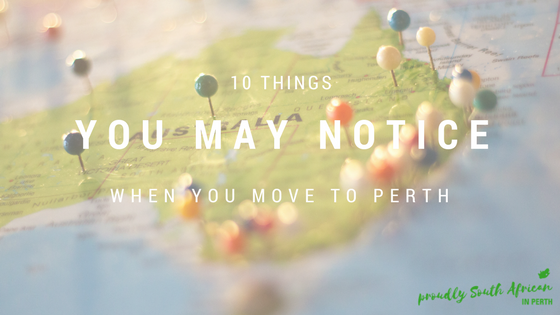 Moving to another country is always a new and exciting experience. When you first arrive in Australia and start to settle into your new life down under, you’ll start to pick up on some things in your new surroundings. Here are 10 things you may notice when you move to Perth.

When we first moved here a few years ago, I must admit that I felt at home almost immediately. Having spent 10 years in the UK after leaving South Africa, for me it felt like I was coming home. Driving from the airport to our short term accommodation in Perth at 1am, the first thing that struck me was how much like South Africa it seemed.

After living in England where everyone lived in top of each other, with houses that actually touch each other, seeing the wide open spaces between the buildings was a welcome sight! Over the next few weeks we started to notice things about our new home town and I’m sure some of you can relate to a few of these.

10 things you may notice when you move to Perth

1. Border Security Really Is THAT Strict

Were you glued to any Australian TV shows before you moved here? We used to lap up all the Aussie shows we could, like Wanted Down Under, Masterchef Australia, and, of course, Border Security.

So naturally when we stepped off the plane I was terrified that we were going to get pulled aside and randomly searched when we arrived! We did multiple bag checks to make sure we had no food on us and all our passports and visa documents were out and ready to present.

As it happened, we breezed through as our plane was an hour late and there were no other flights arriving when we did, and the passport control guy was really nice! But every time we travel we see people being pulled aside and searched, Aussies and foreigners alike, so don’t fall foul of their border control laws. That means no biltong people!

Another thing that soon became apparent is that there is hardly any litter in Perth. I’m not sure if this is true for other cities. In Perth there are so many public bins that it makes it so easy for people to throw their rubbish away no matter where you are.

Sometimes I see litter on the freeway where some idiot has thrown their coffee cup out the window, but generally walking the streets and along the beaches, you won’t see much, if any, litter.

Coming from the UK, where they charge you to park pretty much everywhere except in front of your own house, Perth parking was so refreshing! Going to the shopping centre? You get 4 hours free parking! Going to the beach? Free street parking or even free car parks all along the coast!

The closer to the city you get and around some places like the centre of Joondalup, there is paid street parking, but if you’re savvy enough you can usually find free street parking even if you have to walk a little further.

And the best bit? No car guards!

After being used to Africa time For everything, when trains and buses turn up on time in Australia, it seems to be a miracle. The buses and trains are fairly limited here in Perth (then again I’m comparing this to places like London where there are trains, tubes and buses every couple of minutes), but they work and they work well which means you don’t have to always rely on a car to get around (depending where you live of course).

Now I don’t know about you but whenever I went to Pick n Pay in South Africa or Tesco in the UK, the checkout people were always so damn miserable. Sometimes you wouldn’t even get grunted greeting, and one time in Durban, the woman scanned my shopping and then just stared at me. Like hello, can you at least tell me how much it is?? Eish.

Here, the supermarket checkout people are so lovely (not all, but I’d say 99% of them are!). They say hello, ask how your day is, ask about your plans for the weekend, have a chit chat and usually they also have a smile on their face. Also I noticed none of them have seats – they all stand, and it’s so much healthier!

For the first couple of months I was in such a lovey-dovey haze of everything Perth, I didn’t really notice the bad drivers here. But sure enough after about 3 or 4 months, I started seeing some crazy driving here.

After South Africa and their taxis, nothing can really be as bad as that but still, you need to be on your guard here. People drive for themselves and have no concept of safe distances or merging in particular. If you leave a gap, even a gap you don’t think a car will fit into, someone will take it.

The worst thing I’ve seen so far, besides all the very near misses I’ve had with crazy drivers, was a woman in a small car with 2 kids in the back. I kid you not: she drove for around 3km in the lane next to me, READING A MAGAZINE ACROSS HER STEERING WHEEL. With KIDS in the back! Like WTAF? That is mental! And then people wonder why there are so many accidents.

Also, never buy a house on a corner plot because the amount of cars that crash into houses here is ridiculous.

7. Not Many Public Smokers

Very rarely do I see people smoking in public here. And this can only be a good thing! Smoking is very expensive here so that probably contributes to this but generally I think smoking is much less socially acceptable here than other parts of the world.

Compared to SABC, it’s probably better, but compared to the BBC and ITV, it’s rubbish. Beside the crap quality of TV shows (why is everything reality based?!), nothing ever starts on time. And there are always a million bajillion ads.

In the early days when we didn’t have Foxtel and Netflix wasn’t even launched, we used to try and watch the Friday night movie on free to air TV. It was supposed to start around 8pm and you’d find it was still going at 11pm because there are so many ads! We gave up and got Foxtel as soon as we could afford it and Netflix not long after it launched.

Perth definitely has a laid back feel – many people don’t like it as it seems too chilled. Part of this is likely due to the fact that Perth seems to be a bit behind the times. Things like Sunday shopping hours didn’t even exist until a few years ago.

Even the Eastern states seem to have much more than we do in terms of diversity of stores, restaurants and services. Even household utilities – WA has ONE electricity provider and TWO gas providers. That’s it. So choice here can be limiting.

10. You Don’t See Snakes & Spiders All The Time

There are so many people that are put off from moving to (or even visiting) Australia because of this idea that there are snakes and spiders EVERYWHERE. It’s just not true. You aren’t going to find a snake in your garden every day. You aren’t going to discover a giant huntsman in your car every day while you’re doing 100km down the freeway.

Queensland is definitely a different ball game altogether, just watch some episodes of Snake Boss to see what she has to deal with. But Perth doesn’t have millions of spiders and snakes waiting to kill you around every corner.

What were some of the first things you noticed when you moved to Australia? Let me know in the comments below. 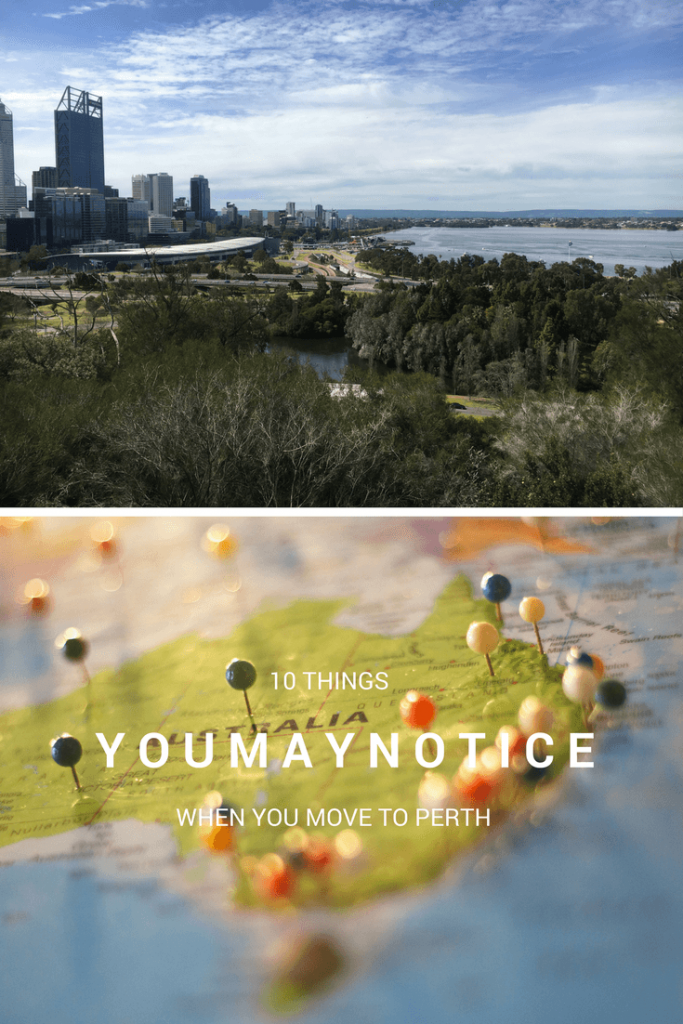 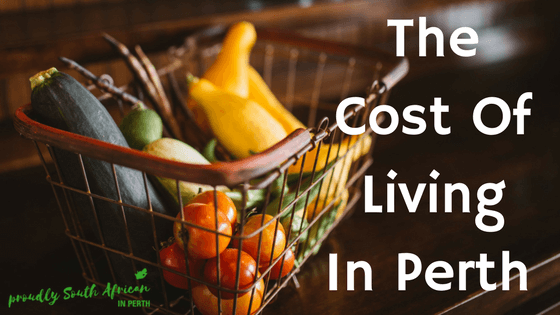 The Cost Of Living In Perth 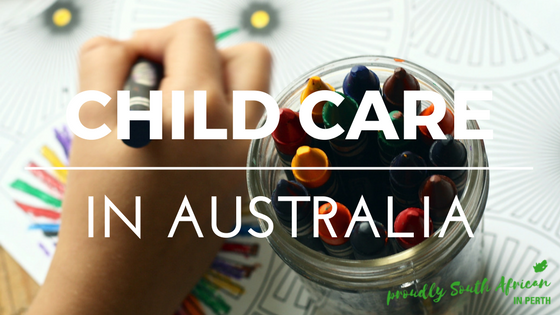 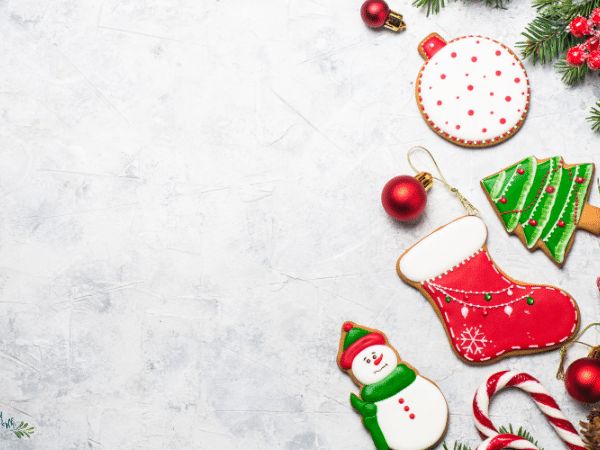 How To Survive Christmas As An Expat

The Cost Of Living In Sydney